NEW EDITION TO BE HONORED WITH PRESTIGIOUS LIFETIME ACHIEVEMENT AWARD

New Edition will be honored with the Lifetime Achievement Award at the 2017 “BET Awards”. In addition, multi–Grammy Award winning hip-hop artist and singer-songwriter, Chance the Rapper, will receive the evening’s Humanitarian Award presented by Walmart. This year’s broadcast marks 17 years of unexpected performances, trailblazing moments, super dope talent, and entertainment’s most provocative players. The iconic show continues to be a cultural rule breaker steeped in reinvention with some of the most memorable moments in Award show history. The “BET Awards” has set the standard for one of the most intently unconventional, news-provoking broadcasts. The 2017 “BET Awards” will air LIVE on Sunday, June 25 at 8 pm ET from the Microsoft Theater in Los Angeles, CA on BET.

New Edition is a legendary R&B group consisting of members Bobby Brown, Michael Bivins, Ralph Tresvant, Ronnie DeVoe, Ricky Bell and Johnny Gill. Throughout the course of their extensive musical career, New Edition released several chart-topping hits including “Candy Girl”, “Cool It Now”, and “Mr. Telephone Man” – for which they received multiple Soul Train Awards and American Music Award wins. In January 2017, BET launched The New Edition Story, a three-part miniseries that was also BET’s first scripted music-focused program. The show profiled the New Edition journey from the little-known boy band from the Orchard Park Projects of Roxbury, Massachusetts, to one of the most successful adult acts ever in the music industry. To date, New Edition has sold over 20 million records world-wide.

Chance the Rapper is a hip-hop artist, singer-songwriter and philanthropist who rose to popularity with his highly awarded and recognized mixtapes Acid Rap and Coloring Book. Chance has consistently used his musical platform to support a number of impactful educational, social and political initiatives – positively impacting both local and national communities. In 2016, Chance worked closely with President Obama on My Brother’s Keeper Challenge, an initiative of the United States Federal Government to promote intervention by civic leaders in the lives of young men of color – working to address their unique challenges and to promote racial justice. Chance has also activity fought gun violence, leading social campaigns in his home-town Chicago. Most recently, Chance the Rapper pledged to donate $1 million to in-need Chicago Public Schools in an effort to offset the lack of government funding provided to the area.

Beyoncé dominates this year’s nominations with a total of seven including ‘Best Female R&B/Pop Artist,’ ‘Best Collaboration’ with Kendrick Lamar for “Freedom,” ‘Video of the Year,’ and ‘Album of the Year’ for Lemonade. Bruno Mars follows with five nods including ‘Album of the Year,’ ‘Best Male R&B/Pop Artist,’ and ‘Video of the Year’ for “24K Magic.” Other nominees include Solange, nominated for four awards and who is up against sister Beyoncéfor ‘Best Female R&B/Pop Artist.’ Chance the Rapper and Migos receive four nominations as well, Chance the Rapper nominated for ‘Best Male Hip-Hop Artist’ and ‘Best New Artist’ and Migos for ‘Best Group’ and ‘Best Collaboration’ for their #1 hit “Bad and Boujee” with Lil Uzi Vert.

The 2017 “BET Awards” will premiere around the world on BET’s international networks. It will air in the UK on Tuesday, June 27th at 9:00pm BST, in Africa on Tuesday, June 27th at 8:00pm CAT, and in France on Wednesday, June 28th at 8:00pm CEST. Internationally, fans in 100 countries can also stream the 2017 “BET Awards” live with BET Play, BET International’s subscription video on demand application. The iOS and Android app, which also features current and classic BET television series, documentaries, standup comedy and legendary musical performances, will carry a live feed of the red carpet and the Awards, and is available for download now in the iTunes and Google Play stores for $3.99 a month following a seven-day free trial.

Tickets: General tickets for the BET Experience at L.A. LIVE presented by Coca-Cola® are on sale now at http://www.axs.com/betexperience

Follow the BET Experience on Twitter @betexperience for the latest and greatest and join the hottest conversation by using #BETX. Feel free to also check us out online at http://www.betexperience.com.

The complete list of nominees for the 2017 “BET Awards” are:

Video of the Year

SOLANGE – CRANES IN THE SKY

Video Director of the Year

BRUNO MARS & JONATHAN LIA – BRUNO MARS “THAT’S WHAT I LIKE”

Album of the Year

A SEAT AT THE TABLE – SOLANGE

CECE WINANS – NEVER HAVE TO BE ALONE

FANTASIA FT. TYE TRIBBETT – I MADE IT

THE BIRTH OF A NATION

Sportswoman of the Year Award

Sportsman of the Year Award

FANTASIA – SLEEPING WITH THE ONE I LOVE

MARY J. BLIGE – THICK OF IT

SOLANGE – CRANES IN THE SKY

SYD – ALL ABOUT ME 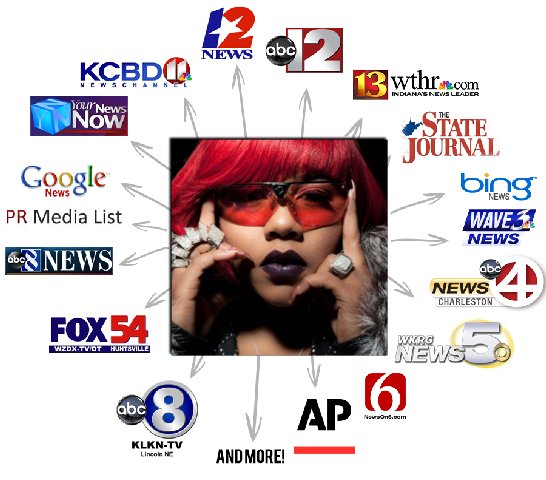